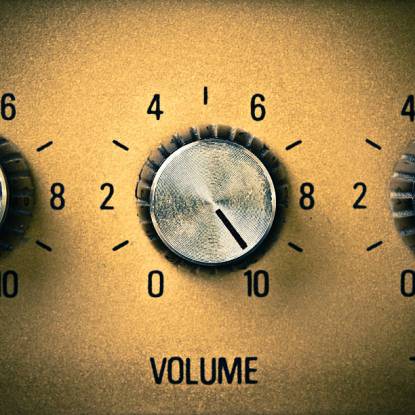 A fine dad friend of mine muttered darkly over the internets the other day about trying to get his daughter to sleep. ‘Whoever is revving their hairdryer moped outside our house,’ he wrote, ‘is going on the list.’ Boy, I understood that one.

His neighbourhood is residential, leafy, pretty quiet. I’ve never once heard a moped symphony there, but there’s a reason for that: every time I’ve been there, no-one has been trying to get a little human to sleep. Because as soon as you try to do that, all manner of small hells break loose.

You know those times you’ve tried to creep home and into bed when you’ve been out later and had more beers than you said you would? And how in those moments the volume on your otherwise whisper-quiet house gets turned all the way up? So instead of stairs, they’re STAIRS. The door is a PORTAL OF CREAKING TERROR. Your toilet declaims “RELEASE THE KRAKEN!” when you flush. It’s like that, only the volume effect gets spread into the surrounding area.

Basically, if you’re attempting to get the child to nap it’s The Upside Down in your ‘hood, especially if – like me, most days – you’re trying to do it alfresco, with them in a sling. Everything becomes dark, and loud, and hideous.

Here are some obstacles to expect during daytime nap manoeuvres:

Your otherwise dog-free neighbourhood will ring to the jangle of collars and the clack of claws. A polyphonic spree of hitherto unknown bastard Alsatians will bark from six houses at once. ‘Woof! Woof!’ will go the little voice from inside the sling. It won’t sleep.

The good tradespeople of the locality will burst into a coordinated version of the anvil chorus, played out above a simmering sonic wave of power tools and hollering. I fucking know where Jeff is. He’s on the roof. Stop bellowing for him. ‘Jeff!’ shouts little voice.

There’s nothing like the particular frequency of other small humans to keep your small human awake and alert. Particularly when they’re hooting ‘Jeff!’ and ‘Woof!’ as they zoom by on their murderously loud tricycles. ‘Baby! Bike!’ shouts little voice.

The one you always set to silent but didn’t this time and now an unknown number is calling and it’s almost certainly Satan coming to get payback for All Those Things You Did. Or it’s grandpa. ‘Grandpa!’ shouts little voice.

Sure, 90% of the time the background hummmm of traffic lulls the child, or you don’t even notice it. But as they reach the cusp of sleep and could tip either way, that godforsaken Prius will be the loudest noise the planet has ever known and sure enough, little voice will struggle awake. ‘Car! Car!’

The sweetest and most innocuous denizens of the hood will become harridans from the very depths of raging Hades when you’re in the danger zone of Nearly Asleep. They’ll insist on cooing over your drooping child. Or – and this really happened to me – they’ll reach inside your baby carrier and pluck your child’s dummy out of its mouth ‘to see their little smile’. There’s no smile. They’re furious at being awake and will remain so for THE NEXT SEVEN MONTHS, you charmingly cardiganed witchbit. Yeah, I still shouldn’t have kicked her into a hedge. Your honour. ‘This! This!’ mutters little voice, straining to retrieve her dummy from the thieving wrinkled claw.

I could go on and on. Plastic bags. Coffee machines (just when you need them most). Gates. A solitary robin. The motherfucking summer breeze. I could try it at home, of course, but then – well, see the volume effect above.

And then of course they’ll drift off, looking serene as they randomly snooze through a pneumatic drill knocking a hole in reality two feet away. So who knows what goes on in their sleep control centre? Just enjoy the peace while you can, your neighbourhood is clearing its throat…

Got weird things that stop your small human napping? I’d love to hear them. Share below!

*Or whatever it is that your own little voice is into at the moment. Cats, balloons, trees, Gozer the Gozerian…you can expect them all to rock up.